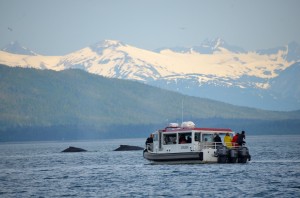 Whether cruising the inside passage, kayaking across Auke Bay or relaxing atop a bluff overlooking Favorite Channel, you’re likely to see humpback whales lollygagging or logging, lobtailing or flipper slapping, or lunging or plunging in search of scrumptious krill and schools of fish.
===

Thanks to the humpback whale’s endangered species status, current protection by the International Whaling Commission and abundant fish, more and more humpback whales are making Juneau their summer vacation destination. Humpback whales are the most commonly sighted baleen whale in Juneau waters.  In fact, whale-watching tour operators are so confident their guests will see at least one humpback whale, the companies offer whale-sighting guarantees.

So how are Juneau-area humpbacks doing? So well that Alaska’s Department of Fish and Game  recently filed a petition with the National Marine Fisheries Service seeking to remove Juneau-area humpbacks from the endangered species list, stating that the humpback whale population has rebounded from dangerously low levels just a few decades ago.

“The subpopulation of humpback whales that migrates seasonally between Alaska and Hawaii has recovered, is no longer threatened with extinction…,” stated the petition submitted last February. A decision on the petition is pending.

Found in all of the world’s oceans, humpback whales generally spend their summers in temperate or polar waters, including the fjords, passages and channels of Southeast Alaska. In fall, most migrate south to warmer tropical waters for breeding and birthing.

“Although it is possible to see whales in Juneau waters any month of the year, whales are most frequently sighted from May through November,” says Suzie Teerlink, a Ph.D. student within the School of Fisheries and Ocean Sciences, University of Alaska, Fairbanks.

Just as humans have unique fingerprints, each humpback has unique identifying coloring and scars on the underside of its fluke (tail). Humpback whale researchers around the globe share their catalogs to compare fluke photographs and determine, or confirm, whale sightings. 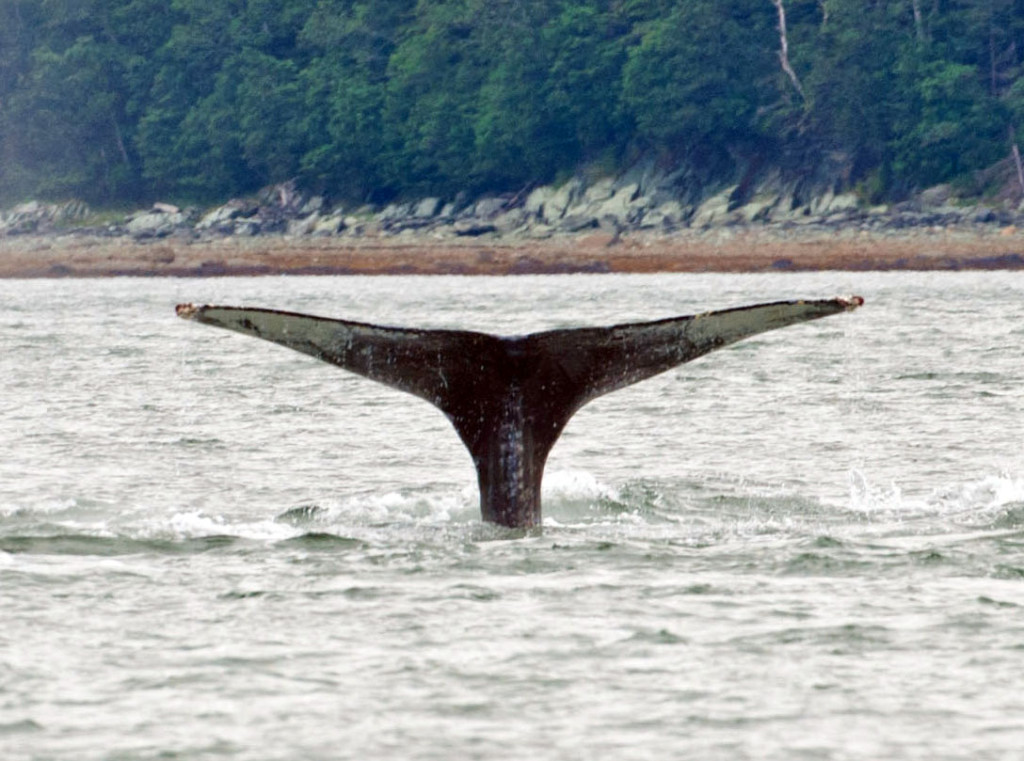 Before web-based cataloging, researchers shared film photos to determine humpback migration routes. It is through cataloging flukes, that researchers have determined that many of Juneau’s summer-resident humpbacks migrate to Hawaii in the fall and to Juneau in early spring, an arduous 6,000-mile, round trip trek. One of the longest migrations among mammals.

Many naturalists refer to the Juneau Humpback Whale Catalog to help guests identify humpbacks seen on whale-watching excursions. It’s fun to see if our favorite whales return year after year. Check it out. Maybe you will recognize Smudge, Sasha, Dutchy, Captain Leif, Viking, Flash or Rubber Lips on your Juneau whale watching adventure.☼ 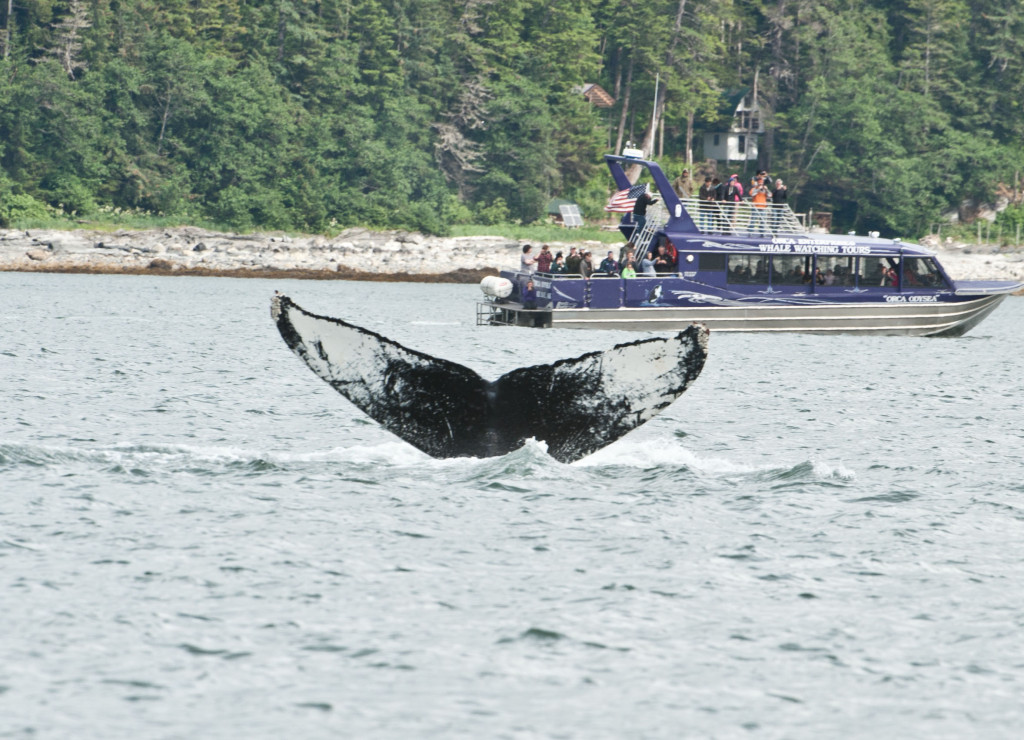 One thought on “Juneau, a Humpback Whale’s Summer Vacation Destination”